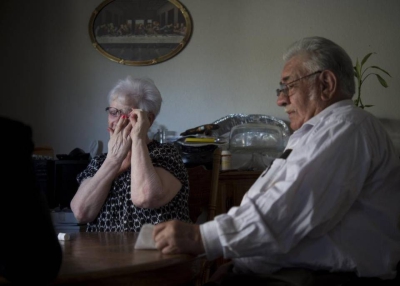 In California, a grandmother was on a treadmill at her local gym. She fainted and fell off the back of the treadmill. After fainting, she hit the back of her head on another piece of gym equipment as she fell backwards. The gym that she belonged to only had a four foot “safety zone” behind the treadmill instead of the industry recommended six feet of clearance. This lack of an adequate “safety zone” is the basis for claiming the gym was responsible for her brain injury.

For the most part, members of a gym like 24 Hour Fitness, or even small gyms not part of a chain or franchise require you to sign a document when you join called a “waiver of liability” also described as a “release” or a “waiver”. This document is mixed in with all the other documents or contracts you sign when you join such a facility. The waiver says that you are barred from bringing a claim against the gym for any injuries you sustain while working out there. Most of these releases claim to relieve the gym of liability, even for the gym’s own negligence.

Most of the time, the language of these releases are strictly construed by the courts around the country and they work to bar you from suing your gym. Even if you sue, these releases prevent most of these cases from going forward. What is unique about this California case is that the plaintiff is not alleging there was any defect in the machine or that the fainting was anyone else’s fault. She is simply alleging the “safety zone” was not wide enough to protect her from hitting her head.

In this California case, the court ruled that the release, which usually prevents these claims altogether, was in English and the injured person spoke Spanish only. Based on this, the court said that she can go forward with her claim on two grounds. First, that there was fraud on the part of the gym, by making someone sign a form in a language they don’t speak or read and the second theory upon which the court said she could go forward is the theory that the club was not just negligent for failing to maintain their club in a reasonably safe condition (in which case the claim would be barred due to the signed waiver) but that the gym was grossly negligent, which is a higher level of wrongdoing and gross negligence would not be covered by the waiver.

In most of these treadmill injury cases fault for the incident rests with the person using the equipment, not the gym. This California case demonstrates that none of these gym cases are so simple and under the right circumstances, just because you signed a waiver, does not automatically mean you have no claim if you get injured. It is important to have your case reviewed by an experienced personal injury lawyer who has handled situations involving waivers of liability forms and various other tactics that defendants use to avoid responsibility for their actions. If you or a loved one was injured at a gym and the claim was denied, there may still be time to re-open your case. Call Robert Gluck to schedule a free consultation at 877-Gluck-law.