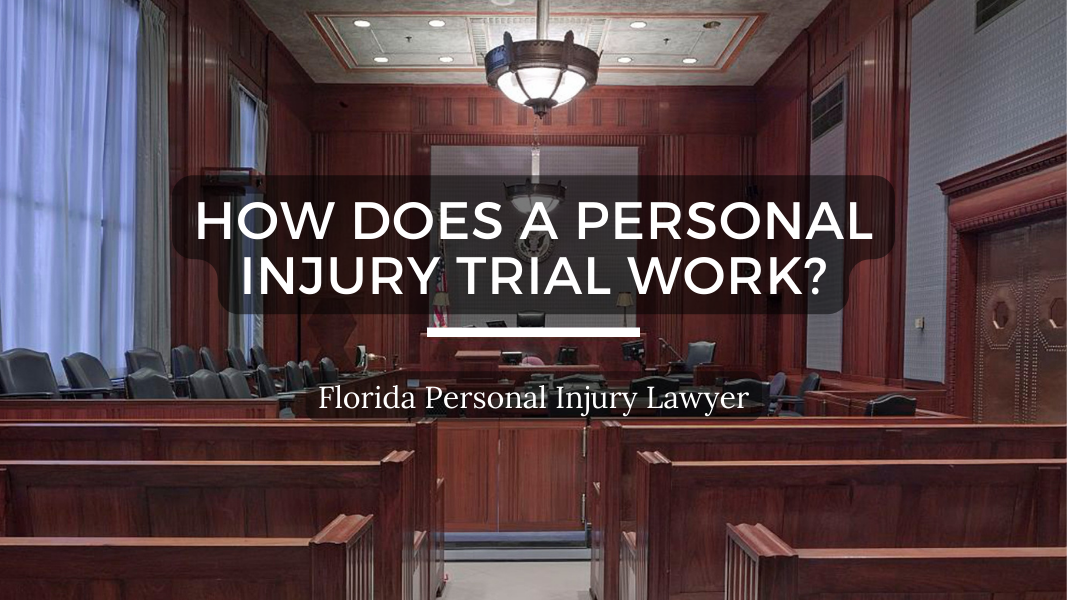 How Does a Personal Injury Trial Work?

Leading Up to a Trial

Generally speaking, the majority of personal injury cases will settle with the insurance company before a case will go to trial. Roughly 90% of personal injury claims are settled outside of court. Settlement negotiations are usually carried out between a lawyer and insurance companies. However, a few claims end up going to trial when the insurance company denies a claim or does not offer sufficient compensation for the injuries sustained. So long as the injured victim is within the statute of limitations (time limit to file a lawsuit set by the state), they can file a lawsuit in civil court.

Why Do Some Personal Injury Cases Go To Trial?

Personal Injury cases typically end up in court as a last resort. Preferably a lawsuit will enter negotiations, and then a financial settlement without ever having to go to court. Settlements are usually preferred over going to trial for many reasons, including:

What to Expect During Your Trial

After all the steps above have been carried out, the courts will place your case on a trial calendar. Attorneys for both sides will go through the process of selecting a jury. This involves asking a large group of potential jurors questions and then determining if anyone should be disqualified. Reasons for disqualification could be due to conflict of interest or reasons for bias. The judge will then give instruction to the jury, and the trial will begin. The jury’s job is to determine if a defendant caused the plaintiff’s injuries and how much compensation they should receive.

The start of trial begins with the plaintiff’s attorney making an opening statement. The defendant's attorney will then follow with their opening statements. The case continues with the plaintiff displaying evidence that supports their side of the story. The defendant will be able to cross-examine any witnesses. The defendant will then have their turn. A typical trial will involve the attorneys from both sides submitting and cross-examining evidence about the case, including witness statements from depositions, expert testimonies, photos of the accident, and video footage.

Both sides will give a closing statement, and then the judge will instruct the jury on how to apply the law to the circumstances of the case. The jury will deliberate and once unanimous agreement, they will present their decision to the parties.

Most personal injury cases that are not too complex are in trial for 2-3 days. More complex cases can take much longer than that. The entire process for a Florida personal injury lawsuit from start to finish can range from a few months to a few years.

If a case goes to trial, it will be in your best interest to work with an experienced trial lawyer. Robert, for instance, has tried personal injury cases before juries throughout his 33 year career. Call him today for expert legal advice at (877) Gluck-Law. Don’t forget to visit our website www.robertgluck.com.