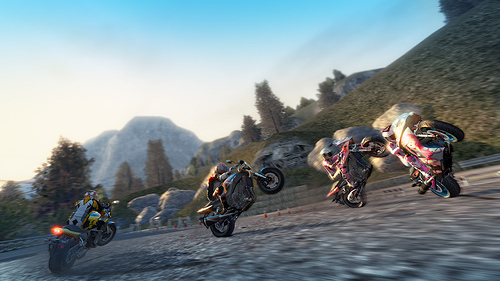 Florida is ranked among the top five states in illegal street (drag) racing of cars and motorcycles, according to the National Highway Traffic Safety Administration, resulting in injuries and deaths from crashes.

Capt. Keith Gaston of the Florida Highway Patrol calls it a very dangerous crime, and the Florida Department of Motor Vehicles issues many citations each year.

NBC-2  reported that on August 28, an 84 year old grandmother, a passenger in her granddaughter’s car, died after an accident on Immokalee and Livingston Roads in North Naples.  Witnesses to the accident say the granddaughter’s car was hit by a Honda Civic which they believed was involved in drag racing. The Honda was driven by a 37 year old male who lost control of his vehicle.  Investigators are looking into the possibility that the accident was drag-racing and/or alcohol-related.

A young woman in the Tampa Bay area died in May as a result of a brain injury suffered after being struck by a racing vehicle while vacationing in Jacksonville.  Witnesses to the accident reported seeing a Volkswagen Beetle (VW) striking the rear of the mother’s pickup truck when the VW was racing along the road.  The pickup truck rolled several times before coming to a stop.

If you are the subject of a motor vehicle accident, call Naples-area attorney Robert Gluck at 1-877-GLUCK-LAW for a free, no-obligation consultation where you can learn more about your potential case.  You can also learn about Mr. Gluck on his website RobertGluck.com