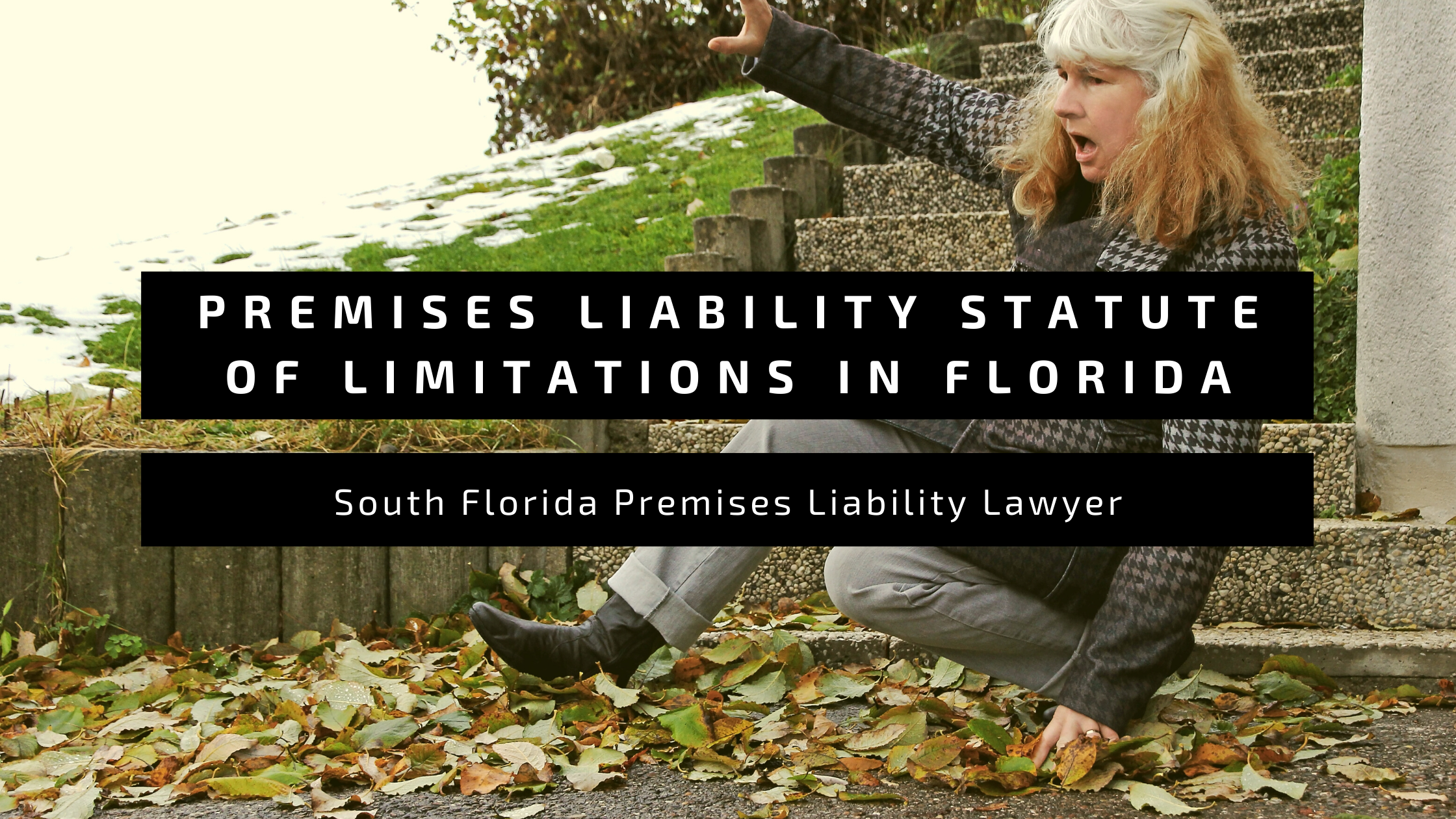 If you were injured on someone else’s property in Florida, and wish to file a lawsuit against the property owner as a result, you must do so within four years of the occurrence or your claim will forever be barred by Florida’s Statue of Limitations.

Although each of these different types of cases have slightly different statute of limitations periods, they are all designed to accomplish the same goal. That goal would be for defendants accused of a wrongdoing to not have such an accusation handing over their heads for an unlimited period of time. It was felt only fair that there must be some closure for one that is accused of wrongdoing after a certain number of years, without activity on the claim.

For an injury on someone else’s property, the legislature in Florida felt that four years was more than enough time to recover from injuries and present a claim. By four years, an injured party would have either settled the claim with the property owner’s insurance company or would know by then that a lawsuit would be necessary to ask a jury to determine a fair outcome for the case.

Additional reasons for not wanting a case to drag on so long is that witnesses may disappear and memories of what happened might fade. It wouldn’t be fair to make a defendant wait that long and to then have to worry about what evidence may remain, so many years later, to defend the accusations made against him or her. If you are hurt on someone else’s property, after four years, it is presumed you no longer wish to pursue a claim. At that point, the property owner can be assured that a lawsuit can no longer just “pop up” out of nowhere.

If you have been injured on someone else’s property or have any other type of personal injury claim in Florida, don’t wait too long to hire a lawyer to assist you in seeking the justice you deserve. Waiting too long can be the end of your case. Call me if you have a claim that has been lingering for many years and may be getting close to approaching an expiration of a particular statute of limitations. We can file a lawsuit for you before time runs out, if necessary. Call us any time for a free case review at 877 GLUCK-LAW.