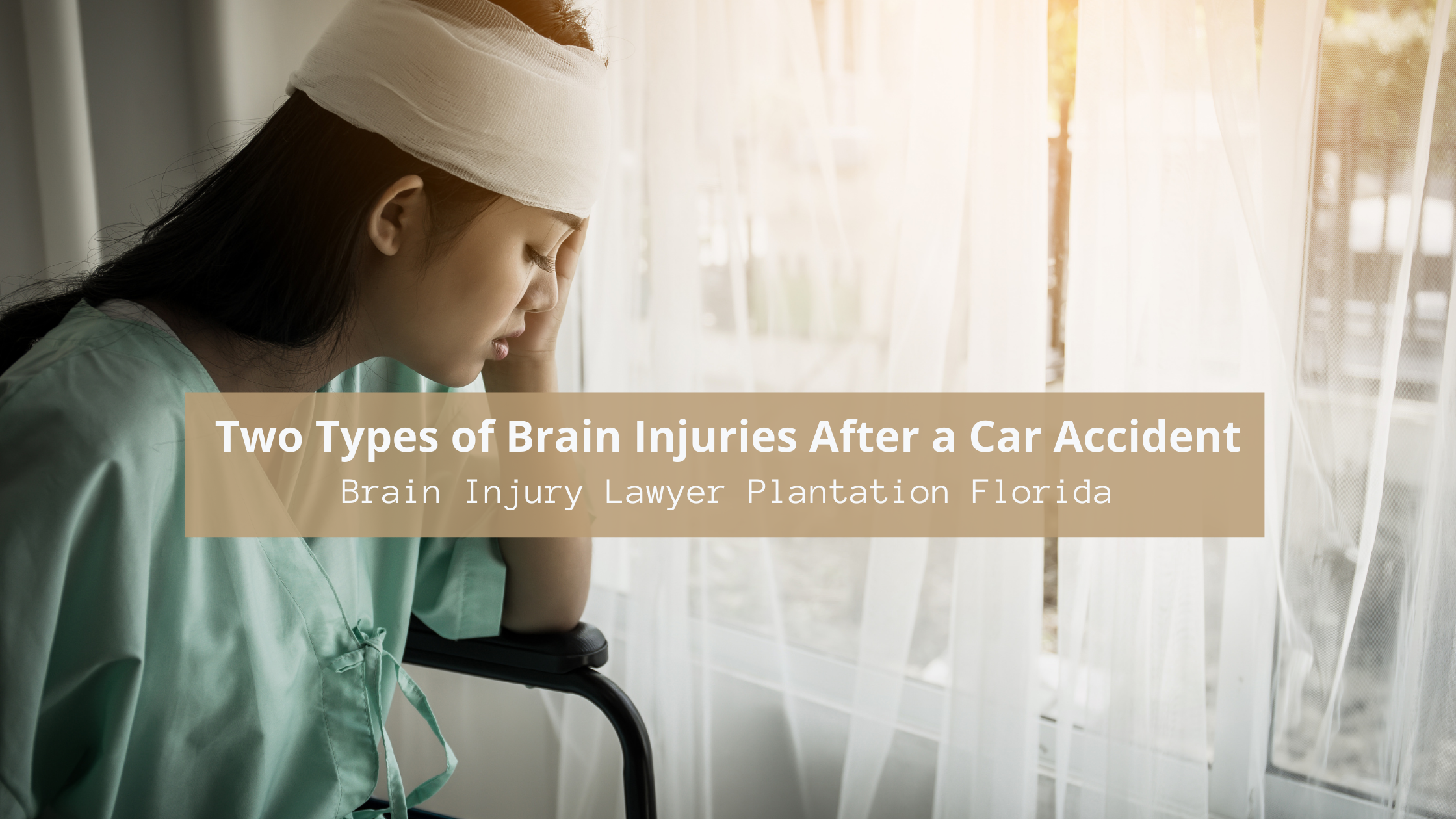 If you have been involved in a car crash, the force of the crash can cause a blow to your head or body that can result in your brain pushing up against the interior lining of the skull. This activity sometimes causes bruising, torn tissues, bleeding and other physical damage to the brain.

Recognizing a possible brain injury from a car crash is critical not only for your treating medical providers to properly diagnose and treat you, but also for your lawyer to recognize and understand how this type of injury could affect your case. The terms mild, moderate or severe are used to describe the degrees of damage to the brain from a trauma such as a car crash. Many times, this type of injury, especially if mild, will get overlooked as everyone concentrates on treating obvious neck and back injuries. This blog will explore the signs of both mild traumatic brain injury after a car crash as well as moderate to severe traumatic brain injuries.

As we discuss these signs, no mater how severe, always see your doctor if you have suffered any type of blow to the head. As it relates to both types of brain injury, loss of consciousness at the scene is the most significant event that should alert everyone that a possible brain injury may have occurred.

In regard to those brain injuries that would be medically classified as Mild, some signs would include headaches that may worsen over time, repeated nausea or vomiting, convulsions or seizures, clear fluids draining from the ears or nose, dilation of the pupils of one or both eyes, fatigue, speech problems or dizziness. In addition to physical symptoms there could be sensory problems such as a bad taste in the mouth, change in smell, blurred vision or ringing in the ears. Cognitive and behavioral symptoms such as memory or concentration problems, mood swings, depression, sleep issues or anxiousness can develop in these mild traumatic brain injury cases as well.

Moderate to severe brain injuries are manifested by many of the same symptoms as above, but just more severe, such as loss of consciousness for an extended period, persistent headaches that worsen, repeated vomiting or nausea, inability to awaken from sleep, loss of coordination and weakness or numbness in fingers and toes.

Cognitive symptoms from a moderate to severe traumatic brain injury could include profound confusion, slurred speech, unusual/combative behavior and a general state of being agitated.

There are many new innovative treatments available for brain injury victims and being properly diagnosed is the first step. Thereafter, an experienced personal injury lawyer will need to fully understand the extent of the injury along with all possible future medical care that would be necessary. Even with treatment, many of these injuries leave the injured party with some level of permanent injury. It is for those unlucky few that having the right lawyer is the most critical. They will need monetary compensation now for future care, pain and suffering and possible loss of ability to earn income in the future.

If you have questions about how to properly investigate, document and present your brain injury claim to an insurance company in the most effective way possible, call Robert Gluck now for a free consultation at 877-Gluck-Law or on his cell phone 24 hours a day at 954-895-7455. You can also call the office for a free in person consultation any time at 954-583-8999.