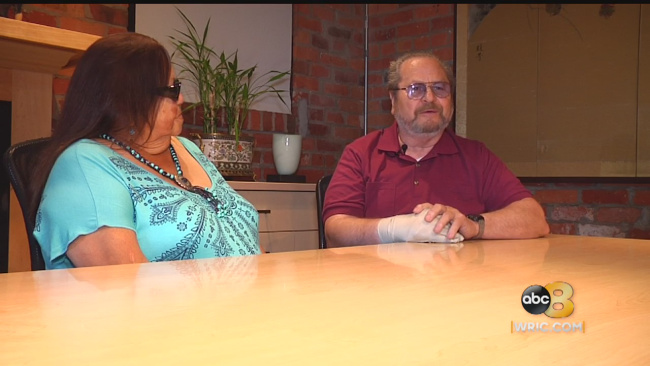 A veteran of the US Army went to the VA Medical Center near his home in Virginia where he was the victim of a botched surgery to repair a completely blocked carotid artery. During the procedure, the patient suffered a massive stroke and a surgery that should have lasted under an hour, lasted five hours. He spent 60 days in the hospital just to regain his speech and balance but unfortunately lost 90% of the use of his arm permanently. (video)

The artery was not blocked and the surgery was unnecessary. What makes matters worse, what contributed to the stroke, his lawyers believe, was that the patient was told to stop taking aspirin a week before the surgery. Taking aspirin may have prevented the stroke. Now, because of this case, the VA now requires veterans to make sure they are taking aspirin and anti-platelet therapy medicines when undergoing the same procedure.

Sometimes it takes a million-dollar settlement and a lawsuit like this to get institutions to change their policies and procedures. One case at a time, change can occur that benefits everyone. It is a shame it took a situation like this to do it, but future surgical candidates at the VA will now be that much safer.

If you or a loved one believes a hospital or medical provider did smoothing wrong or failed to do something they should have, you may have a medical malpractice claim.

Make sure you hire the right lawyer to review your case.

Robert Gluck has been handling these cases since the early 1990s and will be happy to discuss your case with you. Just call him at 877-GluckLaw or email him at [email protected]